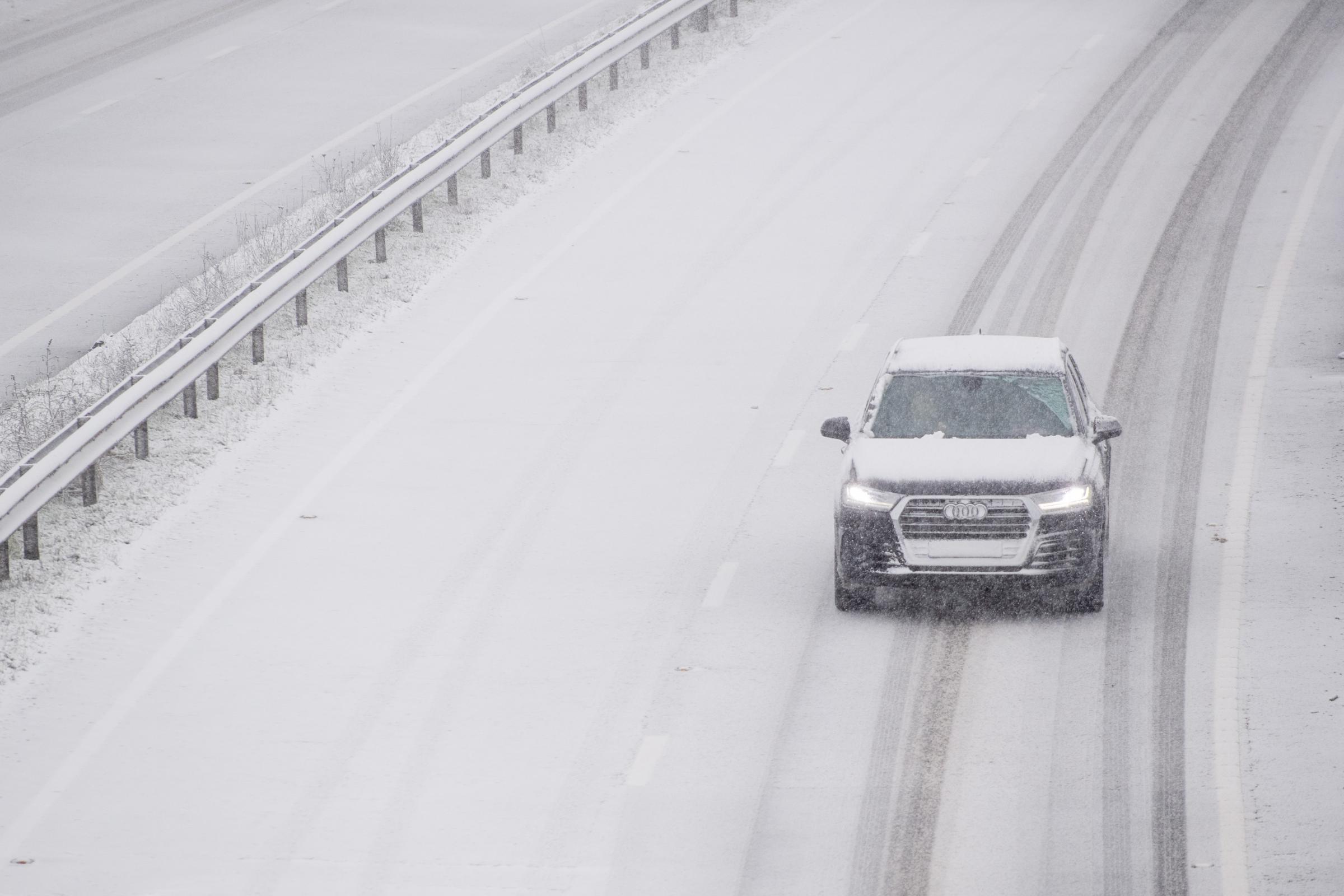 The Met Office issued Amber and Yellow warnings over snow and ice as Storm Darcy, dubbed the ‘Beast from the East’ hit London with wintry showers and plunging temperatures.

On Sunday (February 7), the Met Office posted an Amber warning for areas of the South East coast including locations in South East London inside the M25, while the rest of London and much of Southern England fell under a Yellow warning.

Light snowfall was witnessed across London Sunday morning and the weather agency continued to warn of the wintry showers disrupting travel in the capital with snow and ice.

🚗🔦 Roads may be blocked, and power cuts are possible too

“Amber warning update #StormDarcy will continue to bring heavy snow and strong winds in East Anglia and southeast England Roads may be blocked, and power cuts are possible too.

In a parallel statement published on their website, a spokesperson for the Met Office wrote regarding the Amber warning:

A snowy street in Ipswich this morning ❄️

More #snow to come in the east today. Warnings are in force 👉 https://t.co/QwDLMfRBfs

Meanwhile for the Yellow warning over snow:

“Heavy snow at times will bring some travel disruption.

The Amber and Yellow snow and ice warnings also extended into Monday (February 8) according to Met Office forecasts, with further wintry weather expected.