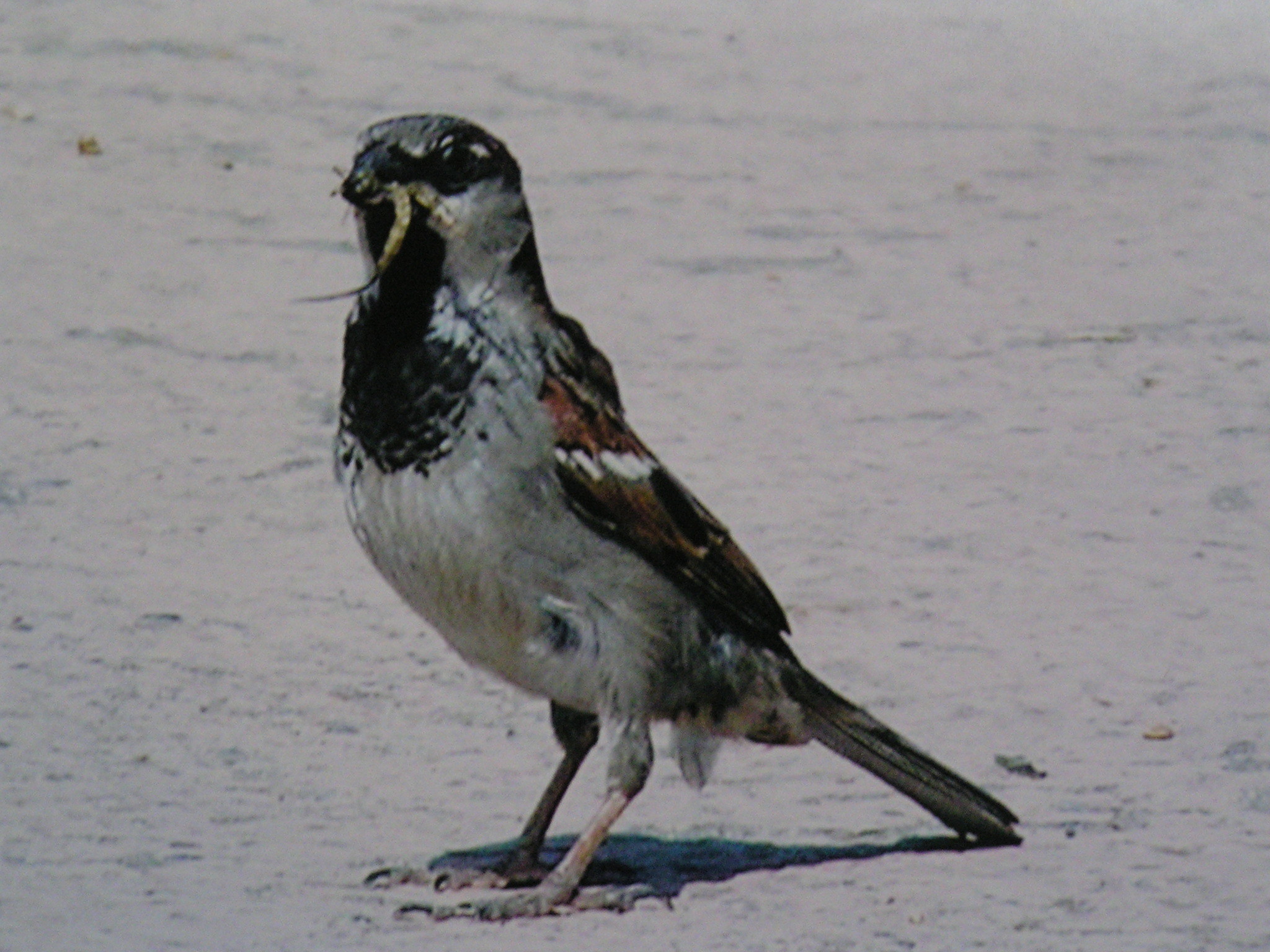 Watched him checking out the leaves, heard him nesting in the eaves,

At one time he was always there, now sadly he is so very rare,

His absence fills my heart with sorrow so where did you go quaint cockney sparrow?

I wrote that verse some years ago when the house sparrow population was probably at its lowest ebb. But now there are signs of a comeback, albeit very slow. House sparrows (male pictured) nest in colonies and if a colony becomes too small it may cease to be viable. However, I know of at least four thriving colonies which seem to be increasing. One theory concerning their rapid decline points to traffic fumes killing the insects on which the birds feed. But I think lack of nesting sites in roof spaces that have been sealed for insulation purposes combined with grubbing out of privet hedges lining front gardens are the main causes of their unfortunate decline.

The colonies I know of still use roof spaces and the houses retain their privet hedges so this must be a factor in their favour. Thirty years ago I loved to watch house sparrows feeding young in my garden, but not any more.

Today, more and more people are now considering getting rid of their petrol hungry conventional cars and purchase a new kind of…

Sir Bob Neill has urged the council to reject plans to build a 16-storey tower in place of a former Maplin store on Bromley High Street. Bristol – Metro …

A man from Petts Wood claims to have Britain’s oldest working iron, which is still going flat out after 80 years. Bristol – Metro …