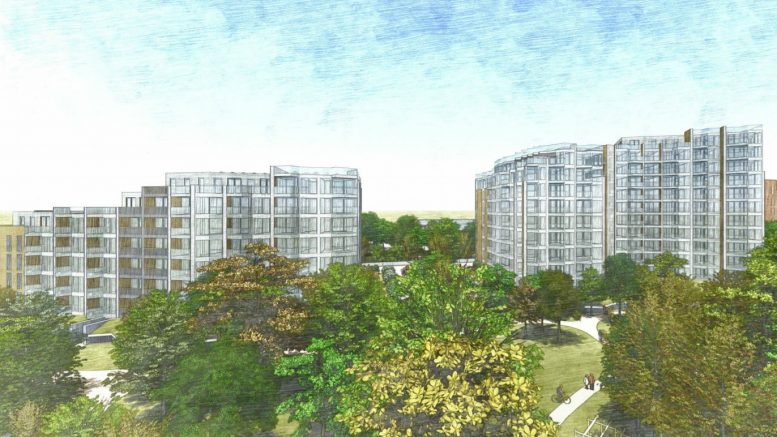 Bromley Council is set to take on the multi-millionaire property tycoon behind the latest bid to build a mammoth block comprising hundreds of new homes on the former Footzie Social Club.

The authority is set to dig in its heels over the latest attempt by heavyweight developer Iain Hutchinson to build the 254-home blocks of units at the dilapidated Lower Sydenham site.

Incredibly, it’s the sixth scheme put forward for the property – with all previous plans knocked back by the council.

The latest design – which would see the units built in an apartment tower ranging from four to eleven stories tall – was lodged in March this year.

However, Mr Hutchinson is set to force a decision by a government-appointed planning inspector, after exercising his right of appeal after Bromley Council put off making a decision.

It has previously been reported that Mr Hutchinson is a multi-millionaire with an extensive property development background.

He holds senior roles on no less than 15 companies, according to Companies House.

Among those roles was as the owner of 196-year-old clock and timepiece company Dent – the company which built the clock mechanism which chimes in Big Ben.

While he has numerous developments to his name across London, Bromley councillors are determined his scheme for the former social club site – as it stands – won’t follow.

Copers Cope ward member Russell Mellor, whose constituency covers the site in question, backed the council’s stance to reject the plans amid concerns over its height and size, a lack of detail on affordable housing, and opposition to building on Metropolitan Open Land (MOL) – otherwise known as open, green land in London.

“I am of the strong opinion that we should resolve to contest the appeal,” he told fellow councillors.

He added he was confident they would win the appeal “providing, and I say this with great respect, if we have a judge who is clear minded and can see the issues”.

“One of the very important aspects is this is MOL land and we as council have rejected many many applications at that site.”

Councillors unanimously agreed with him, meaning the authority will continue the fight against the plans when it fronts a planning inspector.