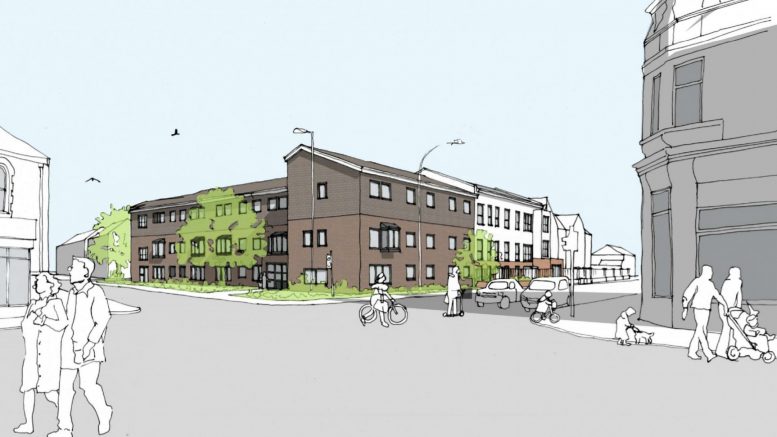 Long-running attempts to refurbish and redevelop a Penge block of units providing temporary accommodation for the homeless have finally been approved.

It was the second time that applicant Gregg Rust had attempted to revamp Cranbrook Court on Thesiger Road, which currently consists of 28 units used to shelter the homeless.

A previous plan which would have seen 19 private residences built onto the site, raising the height of the block to four storeys, was rejected by council in 2018 due to concerns over its size.

However, a tweaked plan heard at September’s planning board meeting saw councillors unanimously approve new plans for the old block.

The new scheme will instead include 12 new private residences (nine one-bedroom and three two-bedroom), while the height of the building will be increased to three storeys from two.

An additional five temporary accommodation units will be added too, taking the total number on the site to 33, while existing units will be completely refurbished.

An agent speaking on behalf of Mr Rust said the building’s current use was protected by Bromley Council’s statutory requirements to provide temporary accommodation, meaning “comprehensive redevelopment of the site has therefore always been a difficult prospect”.

The latest scheme struck a balanced proposal around a refurbished and expanded block, which would be cross-subsidised by the building of the private homes.

Ahead of getting unanimous support from councillors, Penge and Cator ward members spoke glowingly in support of the move.

Cllr Kathy Bance said she had never received any complaints about Cranbrook Court since it first opened.

“It’s a neighbour we hear little about,” she said, adding: “We councillors think it’ll be a scheme which will be a benefit to Penge and Caton ward”.

Fellow ward member Kevin Brooks said the scheme had previously “gone through before with more units and been rejected”, but “developers have (now) come up with a more acceptable scheme”.

Ahead of approving the application, councillors were informed that current occupants of the building wouldn’t be required to move out during construction.

Instead, they would move into the newly constructed units while the original temporary units were refurbished.