Police had been called to Widmore Road on September 14.

The 51-year-old victim was given emergency medical treatment at the scene but died later that evening.

A post-mortem examination found the cause of death was stab wounds to the chest.

On Monday, Sean Maurice appeared in court by video link from Thameside prison and spoke to confirm his identity.

Judge John Hillen set a plea hearing for December 6 and remanded the defendant into custody.

The judge said it was difficult to give a provisional trial date before the next hearing due to the “considerable backlog”. 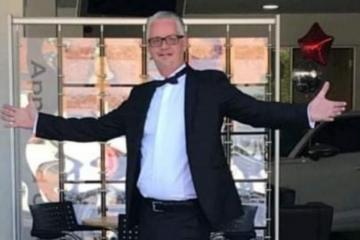 Property hunting can be very daunting for some potential renters. Often the variety of options available to these renters is a source…

Chakra is a Sanskrit word meaning spinning wheel. These are a system of seven energy centers located along the spine. Each chakra…

The online education is a fantastic concept that has allowed the advent of the Internet to take education to the masses. This…

Are you interested in attending a fashion show? If you run a business that is based on fashion, like a fashion store…